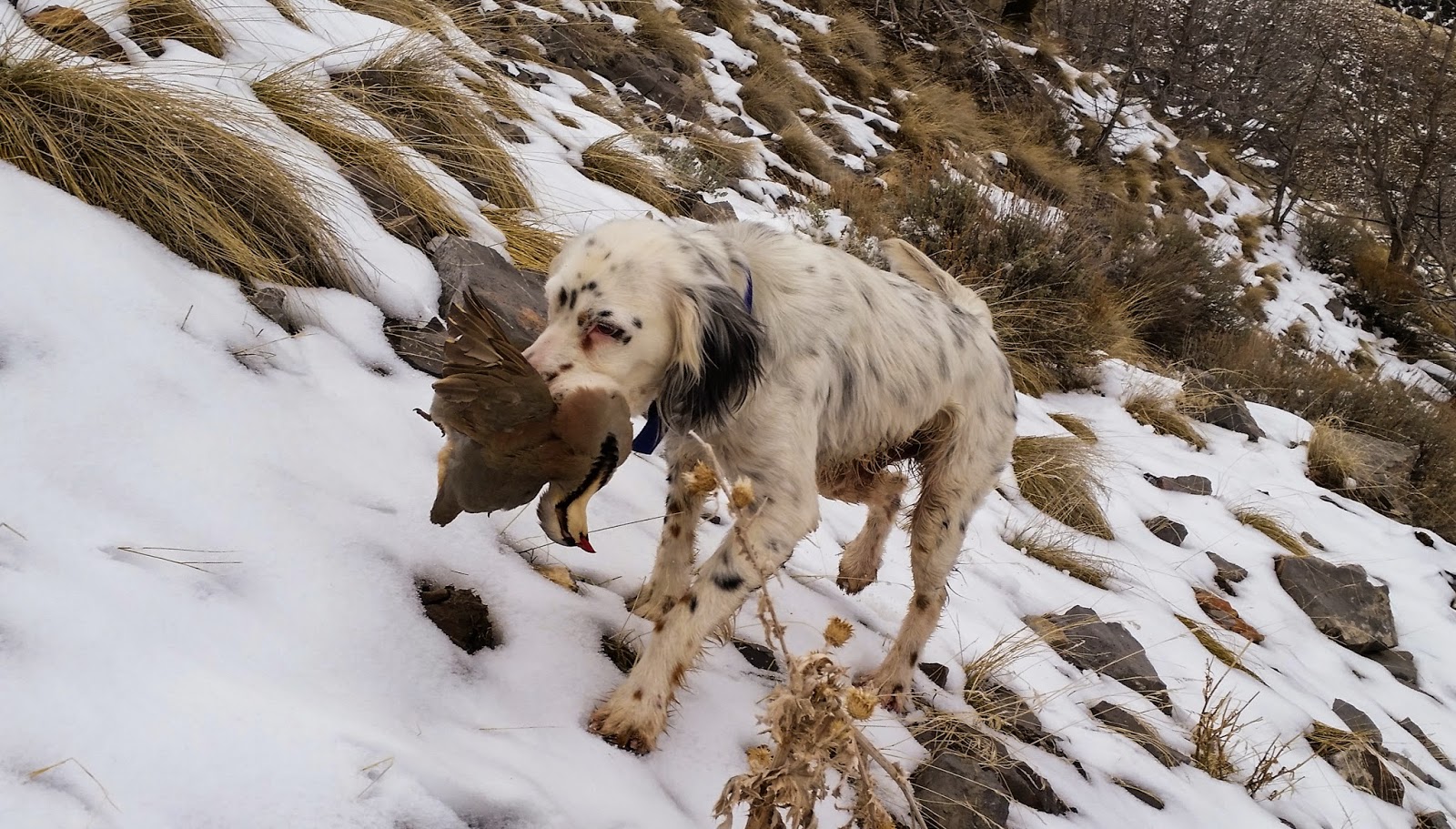 In the eastern United States the locals call the Ruffed grouse Pah-tridge. The bird is legendary, and is thought of as the king of all game birds by many of the locals. The bird has been written about by many of the most famous outdoor writers, and has been romanticized for ages. The very mention of the bird brings thoughts of a beautiful old school Hemlock setter standing point against the back drop of a hard wood forest. The leaves of the trees in full fall color as a slight breeze gently waves the tail hair of the motionless dog. A gentleman with a classic double moves in to flush the gentle bird from the cover....Blah blah blah 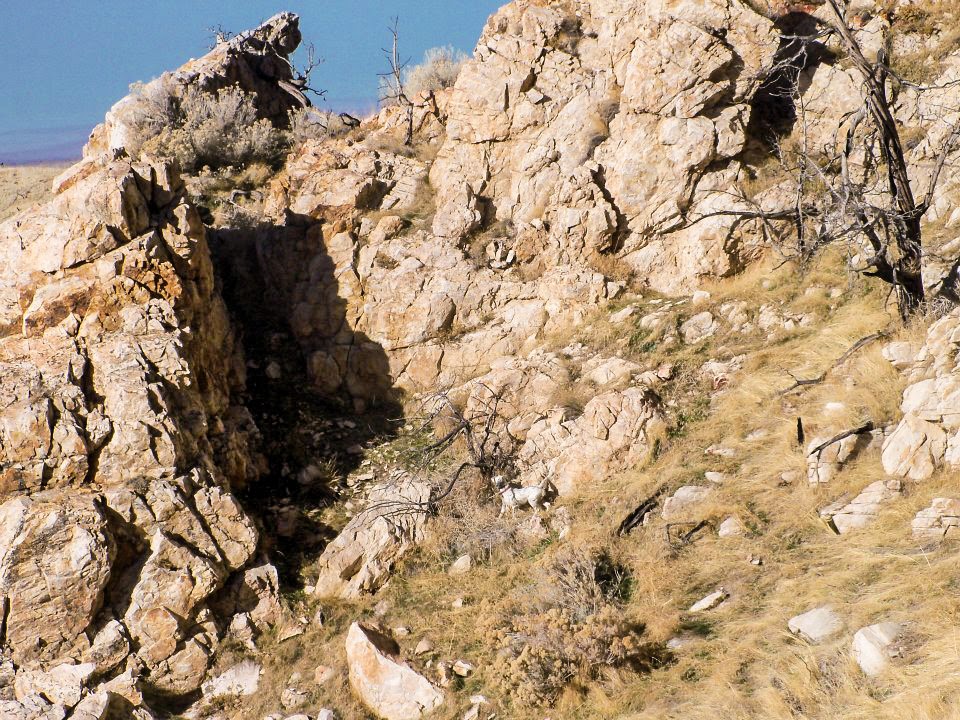 I love the ruffed grouse, and certainly mean no disrespect for its history, but out west partridge means something just a little different. Out here its about a very different bird, the chukar partridge. He is neither romantic or gentle. He will laugh in mockery while he breaks the guns, dogs, boots, and spirits of many that attempt to casually pursue him. The chukar lives in places god seems to have forgotten. Places in the desert that very few animals can survive. The absolute harshest rattlesnake riddled country with hills so steep a man can rest at times by simply leaning against the hill itself. The grade of the mountains would be tough enough, but when you add in cliffs, and the sharp loose rock sliding under your feet sometimes under the snow in the late season its enough to make the most fit among us stumble, slip and fall. Big rocks and cliffs surrounded by cheat grass provide cover for the bird and dangers to 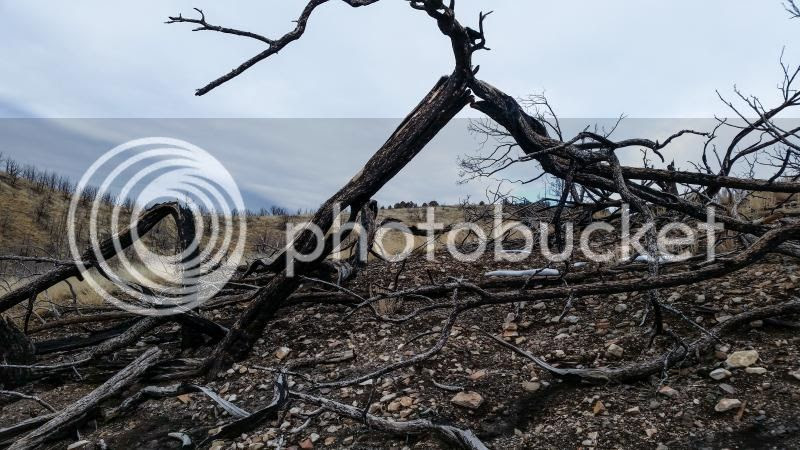 the dog, and hunter alike. Looking up at Utah chukar country from the bottom one would be hard pressed to find a good reason anyone in their right mind would even attempt to venture up there without a helicopter. It takes a special kind of crazy to want to tackle such terrain in pursuit of a bird that weighs in just over a pound. 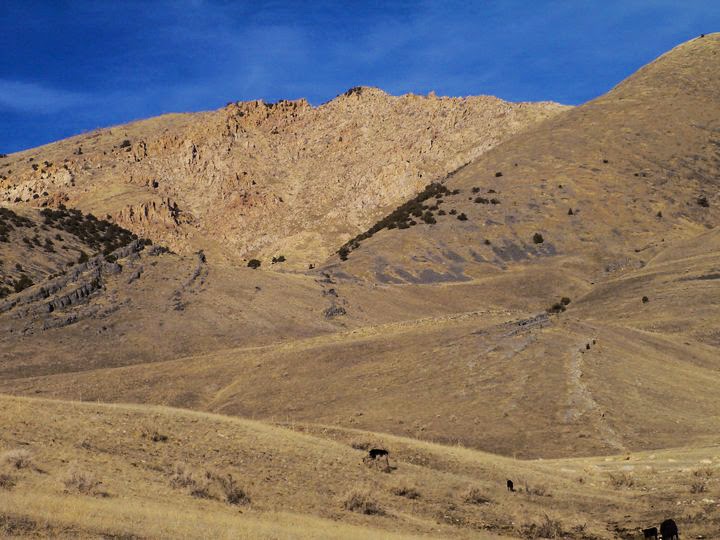 You will not see many classic Parker, or Purdey doubles out in the Utah chukar hills. The gun of the die hard chukar man has many dings, dents, and chips out of it from falls that bang both gun and body against rocks in the difficult terrain. Many opt for smaller gauges to keep the weight of the gun down. Every ounce you carry makes a difference in the devils mountains. It takes a special kind of dog too. The die hard chukar dog must be tough and have enough heart to equal or surpass that of the hunter that owns him. This dog will have to endure cut and torn pads, and slips and falls while dealing with the difficult conditions and sometimes several days in a row. Most of all the dog must find birds for the gun and then make long retrieves for birds that have fallen far down the steep slopes. 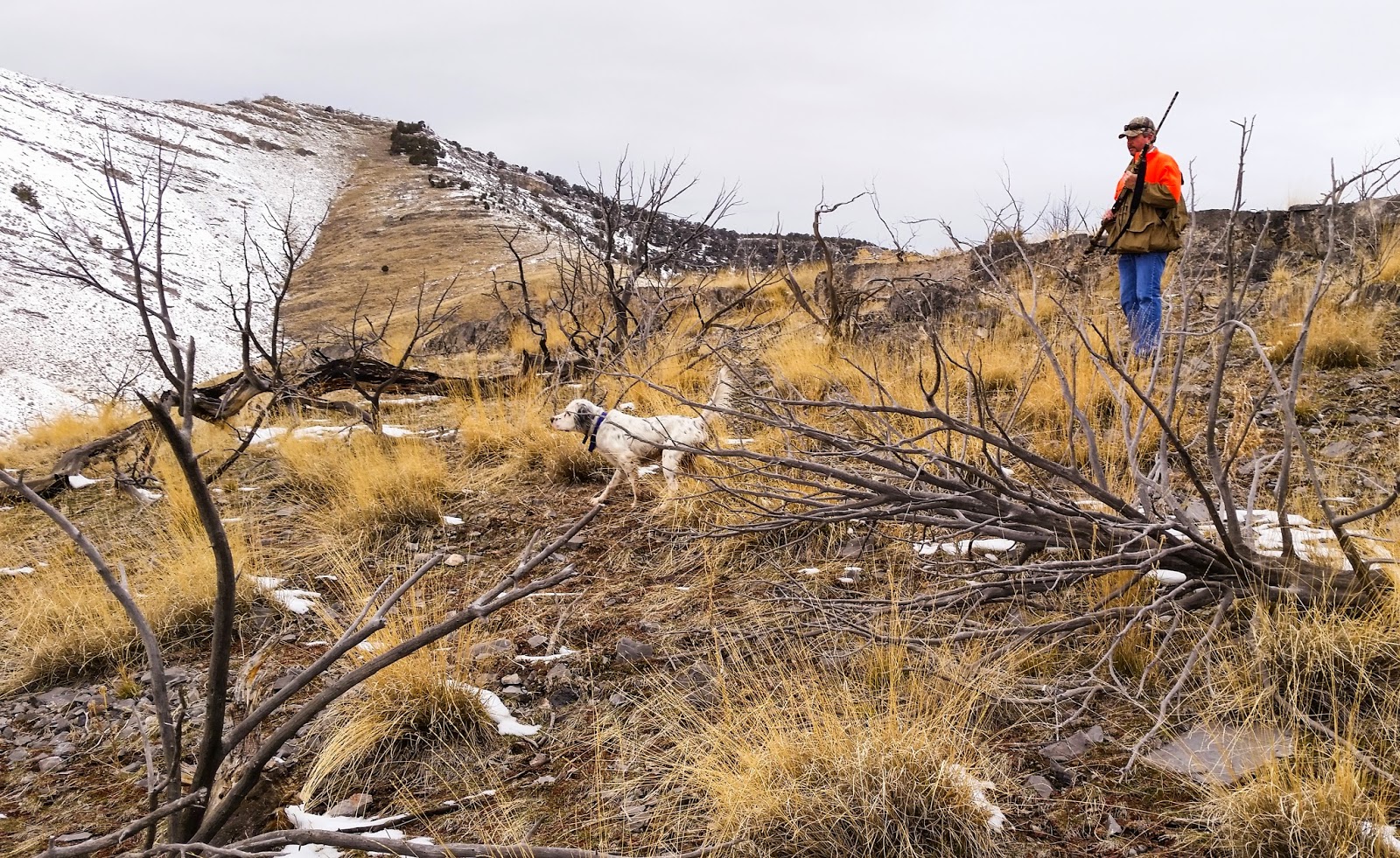 Yes, many dog and hunter is left exhausted and licking wounds after a day of chasing this demon bird. Perhaps this is why the die-hards have such an obsession with it. Much like a waterfowler has a trait inside him that at least on some level makes dealing with the misery of the elements some sort of joy. The Chukar man longs for the physical and mental challenge of catching up to and conquering his demon. Perhaps this laughing, masked bird just gives him a reason to test himself.

The Pah-tridge of the east is definitely a gentleman’s bird. I’m not sure one can say the same about the partridge I have just described. I certainly have a respect for those that live for the chukar, but I must admit I am not a die-hard chukar man. I am more of a chukar enthusiast that only chases chukar in the late season after the snakes go to sleep. Aside from good dog work the physical challenge might be the most enjoyable part of chukar hunting for me. I am privileged to live in a part of the country that affords me many species of upland birds and waterfowl to pursue, and I enjoy the dog work on more civilized birds too. Chukar are a great bird to hunt and are wonderful on the table as well. Enjoy the pain my friends! 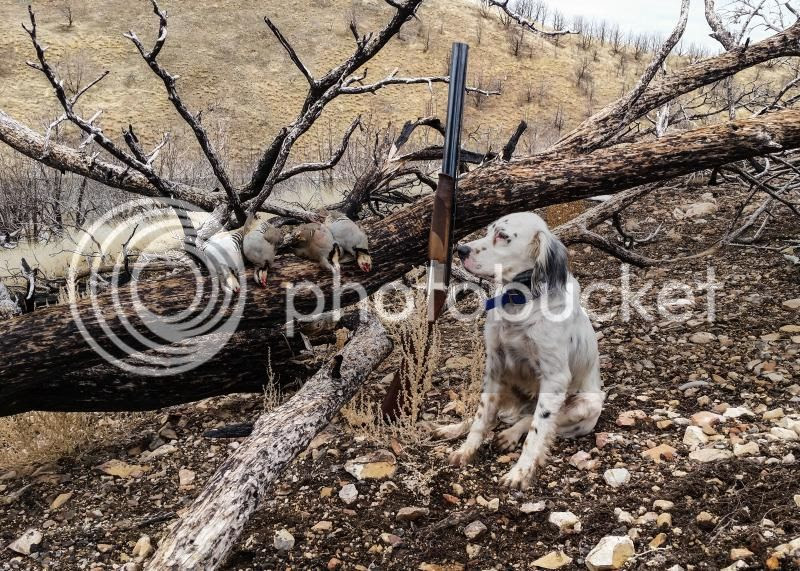 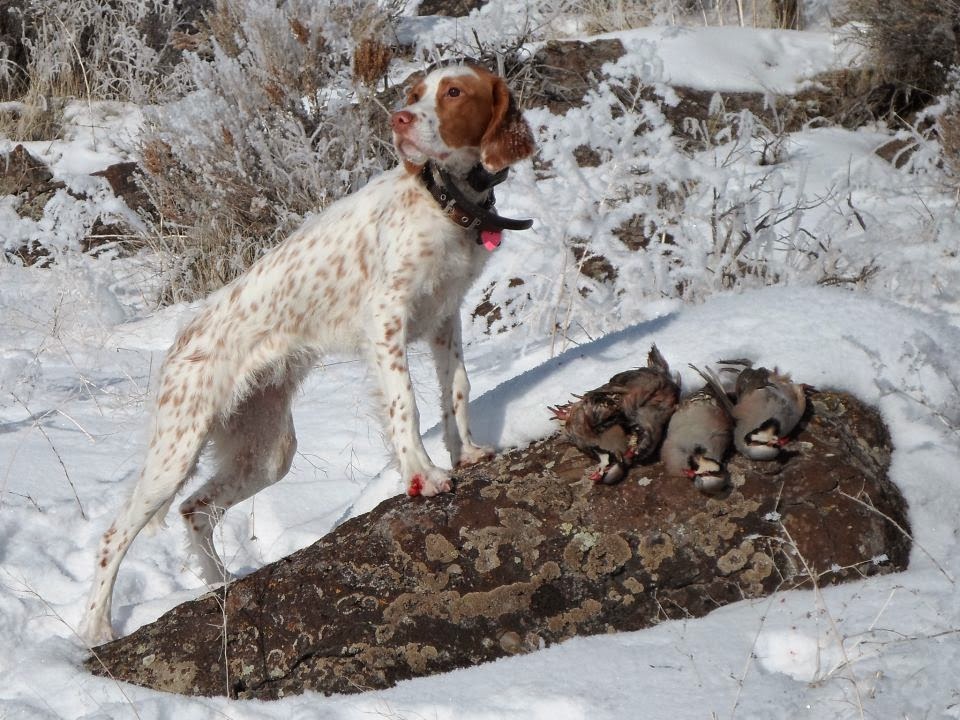 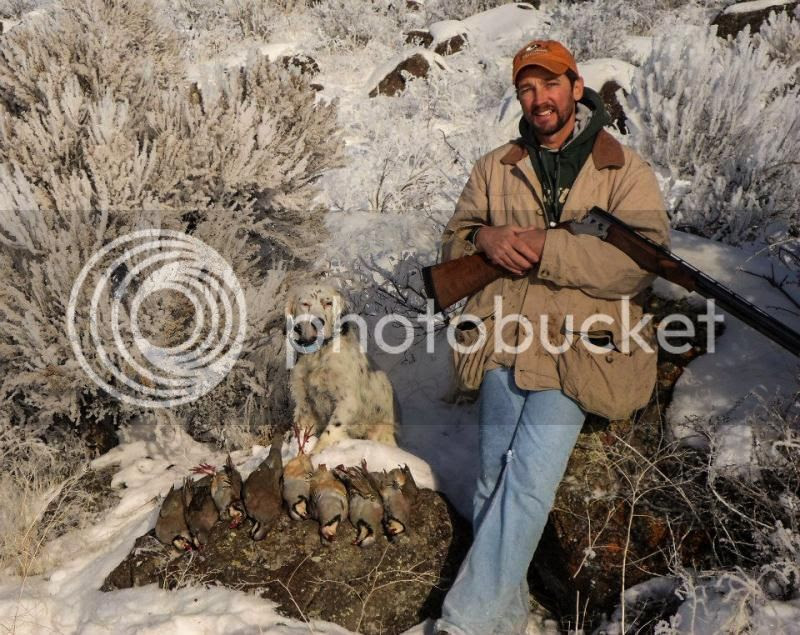 Posted by bquackn@gmail.com at 9:07 AM