Snaps! The Luckiest Pup Ever! 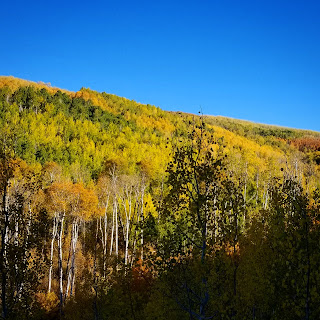 I found myself back at the truck. It had been a long morning. My plans had fallen through, and I had spontaneously gone grouse hunting. I had forgotten my GPS collars, and though I’ve hunted most of my life without such contraptions, I now find myself a slave to the technology. Without a bell or jingle to his collar, I struggled to keep track of Tic while he struggled to get birds pointed. We saw plenty, but I didn’t get any shooting. Everything was just off.

Negative thoughts filled my mind while the truck bounced down the rough mountain road heading toward home. In spite of everything, I wanted to take a short walk with snaps before calling it quits. I live quite a ways from wild birds, and I wanted to expose him to the mountains for an hour by himself with no expectations. This is my preferred way to get a pup going on wild birds. Short walks in areas where pup has a good chance of seeing something. I knew of a deep cool canyon nearby that has been very kind to me in the early afternoons for many years. There is a small waterhole at the bottom, and the birds seem to use that canyon as a route to water after feeding.

I sighed as I parked, got out of the truck, put on my bird vest, dropped the tailgate and let “turbo” out. Snaps hit the ground like a clown working for the crowd. Jumping around and running everywhere. His enthusiasm Immediately knocked the negativity from my mind. I couldn’t keep the smile away as we worked up the small trail into the aspens. Snaps was romping and stomping about when a falling aspen leaf caught his eye. Without hesitation, he chased it down and pounced attacking that leaf without mercy. I was now laughing, and I am still laughing off and on as I write this.

Snaps' assault on the falling yellow leaves would continue for a short time. Not five minutes into our walk I saw what looked like a ruffed grouse standing out in the open. “Odd,” I thought as Snaps ran by within feet of it and pounced on a leaf. The bird just stayed frozen still. I took pause and looked it over suspiciously. “It cant be a grouse. Snaps just about ran it over, and it didn’t even blink. Maybe it's a stick or something.” I thought. I took a few steps toward it while Snaps threw his leaf up in the air and pounced on it again. It was a grouse. There was no doubt about it. Snaps ran by it again, and the foolish bird still did not move. Again Snaps did not notice it. I whistled, and snaps came back to me. “Find the bird I whispered.” I figured if nothing else he would at least scare it and get excited when it flew away. No matter what I did, the dang breeze kept changing he was always in the wrong spot. Snaps was now working back and forth, looking for a pen raised chukar or pigeon I assume because that is all he has really had his nose on previously. Then the breeze shifted and grabbed my young pup by the nose jerking him into a point. It was more comical than beautiful his head was into the breeze, his eyes intense, and his body sort of bent and twisted. His tail was crooked and up but also back and off the side. The grouse suddenly knew that he had been noticed and started to run but to my surprise Snaps stood. The bird ran several steps before flushing. My gun flew to my shoulder, and I pulled feathers with the first barrel, but it continued. I pulled the trigger again, and with a puff of feathers, it crashed to the ground. Snaps romped and stomped to the fallen bird and then pounced on top of it as if it were one of those evil aspen leaves. I was laughing so hard I could hardly get the word fetch out of my mouth.

“The camera! Dang, it. I wish I had a picture of that point.” I thought. Snaps was on top of the bird 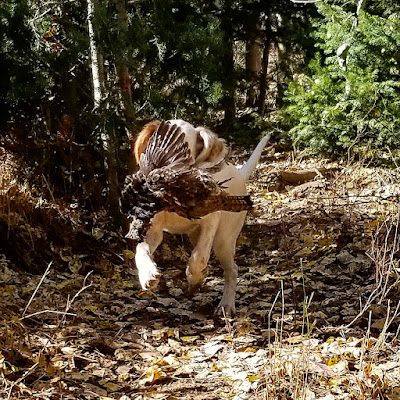 plucking feathers and trying to pick it up. Finally, he moved enough that his body weight was no longer holding the bird to the ground. As he picked it up and started back toward me one of the suicidal bird's wings flipped over the young puppies eyes blinding him. Again I was surprised when he brought it straight to my hand.

I was more excited than I have been since Sunnie pointed her first wild bird. Chills ran through my core as I roughed the pup's ears up yelling, "Good boy! Good boy, Snaps! Good boy!" over and over.

I finally put the bird in my vest, and little Snaps raced around the forest searching for more of those birds that like to stand out in the open. He went on to flush two more. Of course, I did not shoot. He was the luckiest pup on the planet to have that opportunity. He could hunt the rest of his life and never see another wild bird that is that ridiculously stupid.

He is still hunting in spurts, returning periodically to walk at my side.  All of that will come with time and maturity. I am proud of how far he has come in such a short time. In fact, you couldn't get the smile off of my face today.  He is not a bird dog just yet, but he is well on his way. 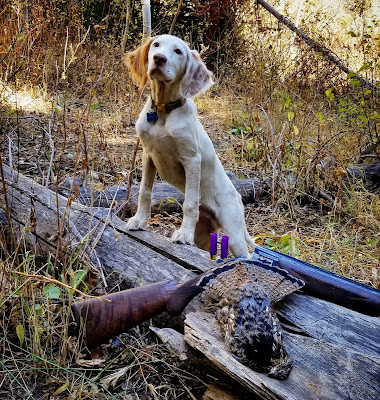 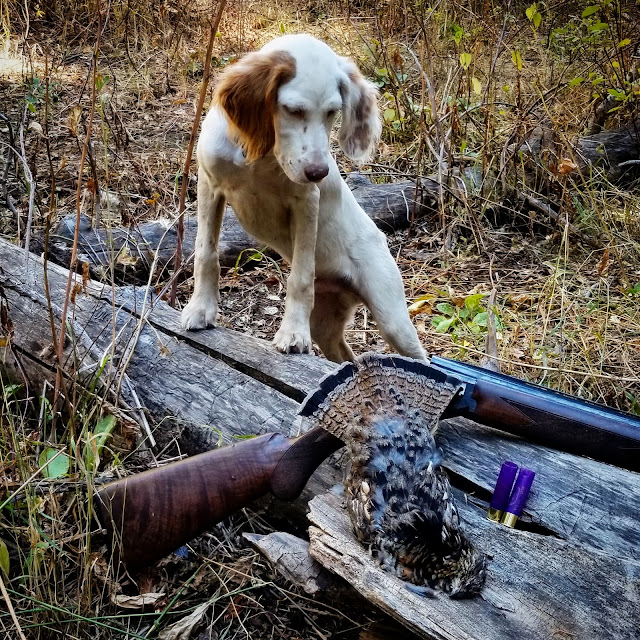 Posted by bquackn@gmail.com at 5:47 PM

Appreciation to you for your good work!
Got so many valuable tips here today
I’ve also a blog but cannot contribute like you
Heads up for you!
Love and favors
Keep continue!
One of my buddies share her thought there:
Sharing is caring