SETTER TALES AND MALLARD CURLS: UTAH CHUKAR VERSUS A 1918 WINCHESTER AND A GUY WHO...

SETTER TALES AND MALLARD CURLS: UTAH CHUKAR VERSUS A 1918 WINCHESTER AND A GUY WHO...: I could hardly control my excitement as I unzipped the case and pulled it out slowly like a sword being drawn from a sheath, ...
Posted by bquackn@gmail.com at 11:10 AM No comments:

UTAH CHUKAR VERSUS A 1918 WINCHESTER AND A GUY WHO DOESN'T KNOW HOW TO USE IT. 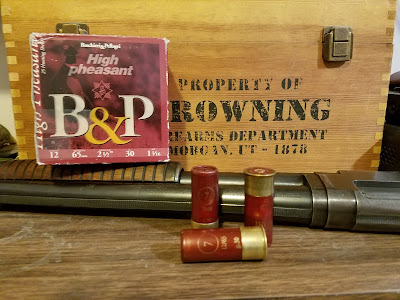 I could hardly control my excitement as I unzipped the case and pulled it out slowly like a sword being drawn from a sheath, and stood admiring it. I put my hand on the ringed forearm, pushed the release and slid the smooth action open making a familiar “chick” sound. A chill ran down my spine as I could feel the spirit of the old gun. Built-in 1918 it was nearly one hundred years old but it was new to me. This gun was not some museum piece with fancy checkering, engraving, and inlay that had never been used. This was a blue-collar gun. A working man's gun that was built right at the end of WWI, A gun built in America that was made out of American steel with American sweat that had seen plenty of use in the field. I tried to imagine what the scene would have looked like when it was unsheathed for the very first time. Was it driven to a hunting spot in an Old Model T? Maybe the man or woman simply walked out the back door to hunt ducks down on the creek below the pasture with his brand new Winchester Model 12. I wondered who owned it. Maybe a WWI soldier bought it on his return from the war. Maybe it was a gift from a father to a son. The truth is that I will never know the story behind each scratch, dent, and ding in the stock. I will never know why it was carelessly cased wet causing the slight pitting on the action side of the gun but all of this gave me plenty to think about. What I do know is that this gun has more soul than ten modern plastic stocked guns and I 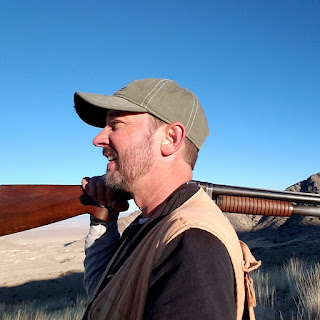 was about to give it new life by hunting with it again.

One of the most wonderful things about hunting chukar in Utah is the seemingly endless public lands on which that they inhabit. Finding new places usually just involves a little help from Google Earth, some time, and a lot of gasoline. After a short three and a half hour drive there I was holding this classic Model 12 that I had never hunted with looking up at the steep hill I had never before walked on. It looked to be picture perfect chukar country covered in cheatgrass and rock outcroppings. The only thing that might be missing was a water source, but I would have to do some hiking to figure that part out. Without haste I slipped one of the stubby looking 2 ½ inch B and P 1 1/8 oz #7s that my friend Doug Helton promised would kill chukar dead, into the chamber of the gun and slid the action home with a healthy “chook” sound before loading two more underneath, putting it on safe, and starting up the hill. I find it interesting that clear back in 1918 these guns were made with a 2 ½ inch chamber instead of the modern 2 ¾ inch that later became standard. I was thinking about this as I threw the gun over my shoulder and started up the hill to experience hunting with this old gun.

One hour later I was still walking. Sunnie was covering the landscape thoroughly but had yet to come up with anything. I had seen no sign of birds and was starting to wonder if there were any on this range when I saw the guzzler way down below me. Yes! There was a water source! A few minutes later my hopes were rising even more as I saw some old chukar droppings on the ground. “There have to be birds here someplace,” I thought. We searched all the places that looked birdy without contact. Two more hours went by and I had lost focus on the hunt. I was thinking about how this gun carried better than most single barreled guns I have carried. “I get why this was such a popular gun for so long,” I thought just as my SportDOG Tek 2.0 GPS vibrated indicating that Sunnie was on point. “Really?” I said out loud. I picked up the handheld and it showed she was standing 230 yards out across a flat on top of the wide ridge we were walking. As I followed it closer I started to doubt. Was she really holding birds in the flat? It isn’t unheard of but certainly uncommon in my experience. I was now within 100 yards but I couldn’t see her. The only thing on that flat that could block my vision was a small group of about 10 cedars and sure enough, she was on point behind them. As I approached she looked confident, intense and staunch. I thought, “Is this real? She is usually right about these things.” I walked around upwind from her but nothing flushed. For some reason, I was feeling anxious about shooting this old gun, and really gripping it tightly.
When I turned to look at her, the birds flushed behind me. I spun and the gun flew to my shoulder in 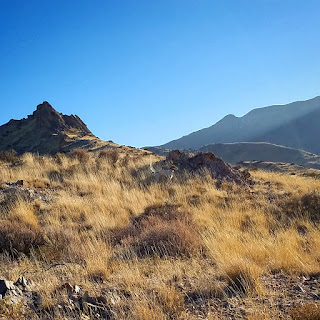 the controlled panic that is so familiar to bird hunters. Then everything but the birds slowed to a stop for what seemed like an eternity while I searched for the safety that was not under my thumb where I am used to it. All this time the birds were still flushing and increasing their distance. I finally remembered that it was clear out in front of the trigger guard and got it off. Time sped up again and I quickly found a target and with a bang and a big puff of feathers that bird crashed to the ground giving me confidence. A late bird tried to escape. The gun barrel found him quickly and I pulled the trigger twice then three times but nothing happened as time slowed again. That is when it occurred to me that I needed to pump the action in order to have another live shell to fire. DUH!!! Sunnie delivered the bird I had shot and gave me a crusty look as if to say what in the heck is wrong with you as I burst into laughter at my own clumsiness with the gun. I was once pretty good with a pump but as I thought about it I realized that it was nearly 30 years ago that I last hunted with one. I paused to think about it all. “When was the last time a bird was taken with this gun? I wonder what kind of bird it was and where.” Two things were certain, The little 2 ½ inch shell had done its job just as Doug said it would and a full choke back then was really really full. I was proud that I had connected on the first shot with the old model 12. I had been really worried about being able to put a pattern where I wanted to with that gun for some reason. I put the bird in my pouch and began to cover ground again as I giggled every now and then at my inability to use a simple pump action gun. 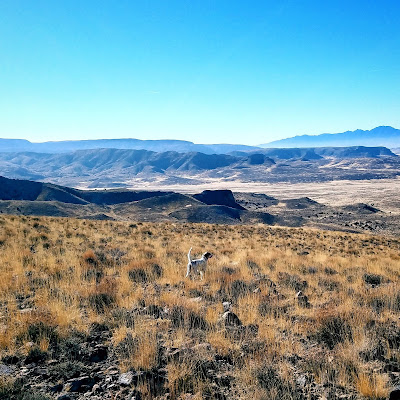 Another hour had passed before my handheld vibrated again. This time she was only 94 yards away. I quickly followed it to her out on the flat again. “I love this dog,” I thought as a paused to admire her. She was stunning to my eyes standing birds on that high flat with all of God's glory behind her. “It's interesting that they are on the flats today.” I thought as I came back from being caught up in the moment and remembered that I needed to concentrate on this unfamiliar contraption in my hands. This time I put my finger on the safety as I walked in. When the birds flushed I snapped it off, the gun flew to my shoulder without thought and the report brought an escaping chukar's flight to an end. I quickly found another bird with the barrel of the old gun, “Oh yeah...Pump it, dummy.” I thought. The gun went chick-chook then bang but the bird kept flying. I had done better with the gun this time but I wanted another chance to double up. My chance would come in short order as Sunnie had caught wind of some birds down off the edge of the flat. This time when I walked in I did it with confidence. When they flushed without thought I shot one pumped the action and then shot another cleanly. I could have 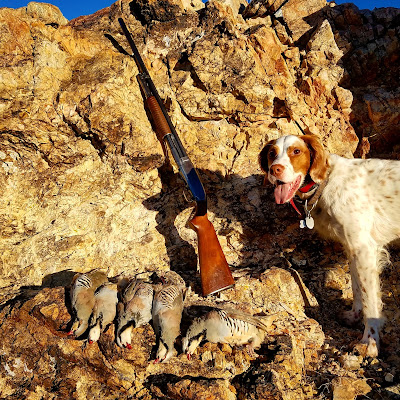 shot a third but I am really used to only having two shot. The thought that I had another shot came too late as I was celebrating my accomplishment while Sunnie finished her job by retrieving both birds to hand. A few minutes later Sunnie would point a single and I would finish my 5 bird Utah limit with the old Model 12. Though the ratio may have gone down if I could remember to pump it, I  shot better than I would have ever dreamed connecting on 5 of 7 shots, and I'm definitely going to hunt with it again.

There is something special about hunting with these old guns. I guess it's the way they feel in your hands, the way they smell, and the way they look is all part of it, but I think it’s more than that. It's part of our heritage, a part of our history if you will. Very few people are still alive that were alive the day that gun was sold and certainly no one who was old enough to remember it or were involved in making it. Think of the models of cars that have come and gone in 99 years TV wasn't even a thing in 1918 and Yet here is this old gun, used and even abused but still flawlessly functioning as designed and produced by some of the great men from a very different generation. I wonder if the gun you took to the field last weekend will still be functioning 100 years from now and if it is who will be using it? 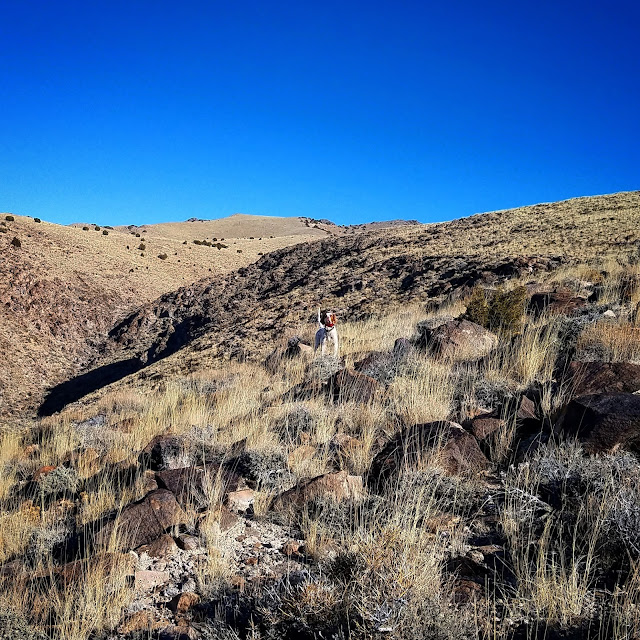 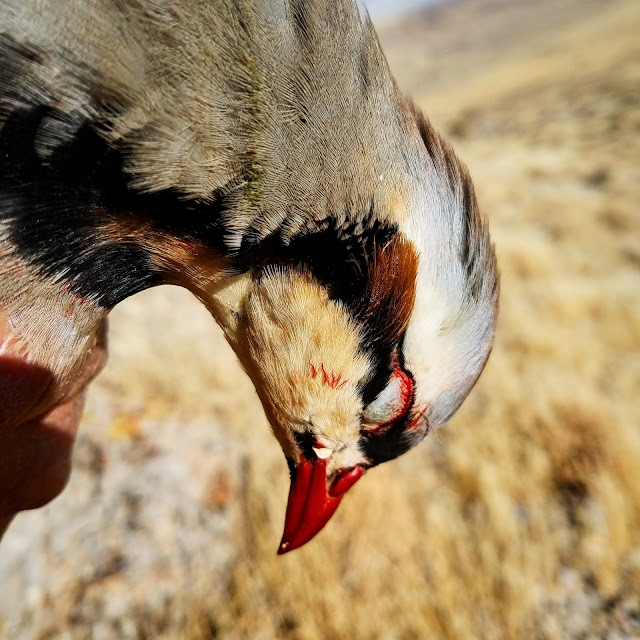 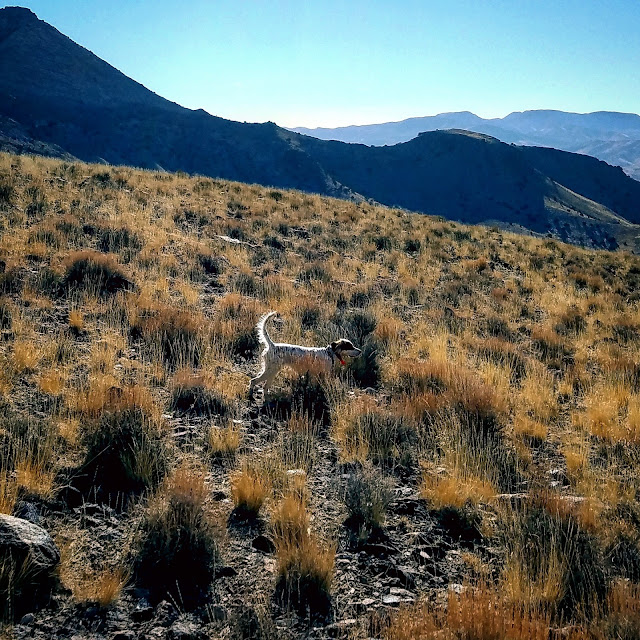 Posted by bquackn@gmail.com at 11:01 AM No comments: