THE SCREAMING ALARM OF MORTALITY 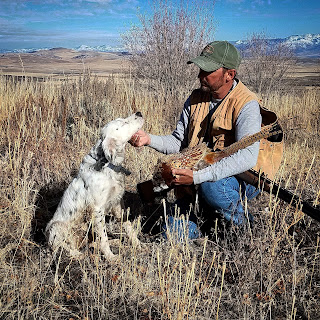 The first time I heard it was the season after my old dog Bo was hit by a car. He pulled through the accident and he hunted his heart out but no matter how hard I tried to ignore it that alarm kept ringing. He was 8 years old but the accident aged him beyond his years and though his heart was in it he could no longer take long hours day after day in the field. It was just too hard on him. Still, I did not want to believe that my best friend was aging. By the time he was ten I could ignore it no longer and had to face the fact that if I was going to continue this bird hunting lifestyle that I had grown up with and had by then embraced passionately, I had to start a pup.

Since then there have been two days I dread in the life of every dog that I have taken on as my own, the day he passes on, and the day that I start trying to ignore the ringing alarm of mortality. For me my dogs are pets and family members but they are more than that. My favorite form of recreation depends on the dogs. Without them there is no reason or enjoyment in upland bird hunting. The way I hunt with my setters the dog is to find the bird, it is his job to do so. When he does he is to point and hold that bird until his teammate, me gets there with the gun. It is then my job to flush and shoot the bird. The dog is then to deliver it to hand. When that goal is achieved together both hunter and dog feel accomplished together but it is more than this. This working relationship builds a bond that is beyond an ordinary pet owner relationship. I mean in no way to say that hunters love their dogs more than say my mother loves her Schnauzer but It is just different. By the time a bird dog is mature we have countless hours into them. The pup and his human counterpart share together the successes and failures of training not only at home but in the field too. We work through the mistakes and successes together and it always takes both of us to get there. It takes about three years for them to get really good at hunting multiple wild bird species together with a person as their partner. I play trial games with my dogs these days where we compete in competition together as a team again succeeding together and failing together but always together as team strengthening the bond even further.

As I have walked through the fields of this year's pheasant season I see Tic carrying his leg from time to time, and looking really spent at the end of the day and into the next. It's a different look than normal tired. I feel deeply the undeniable pain of that alarm ringing once again. It is not as though his heart isn’t in it. He hunts his guts out and has been fantastic even when tired. His bird work on running pheasants has been undeniably great this year but his body is aging. He has developed a bad shoulder that we continue to treat. Surgery might be necessary after the season and may help extend his career but nothing we do will silence that heartbreaking alarm. We will still hunt him and run him in trials as long as he can. No matter how special he is to me there is no denying the fact father time is and will remain undefeated. Eventually, Tic will retire from the field to live out the comfortable pension plan that all of my dogs receive when they become “my dog.” He has been such a great hunting partner to me and has earned the friendship of so many. He is in sync with me in every way in the field and is by far the most obedient dog I've ever owned. He is my little buddy. We have won two region NSTRA titles, and he has championed 3 times over together with me. This is not the end for he and I not even close but his role is changing. It has to change sadly the clock never stops ticking and for our dogs, it ticks many times faster than it does for us.

I enjoyed a hunt with him today through one of my favorite and timeless pheasant spots for the last time this year. A storm blew in and it carried the familiar winds of change and as the stinging sleet hit the back of my neck I saw Tic run from the cover with his slight limp across a cut alfalfa field. I could almost see the faded shadows of all those old dogs that have long since passed running again with him. I paused to look over my annual playground one last time for the season. As I turned it was fitting that the sleet would sting my face while the reality hit me that next year when I hunt here again things will have changed. There will be a puppy that will have to learn the ropes in the same way that Tic, Sunnie, and all the others before them have had to learn. To me, it's exciting and sad at the same time but the circle must continue. 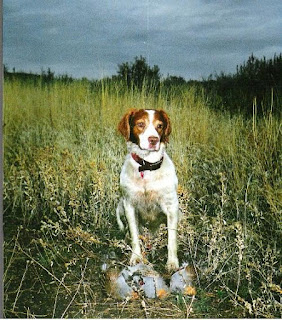 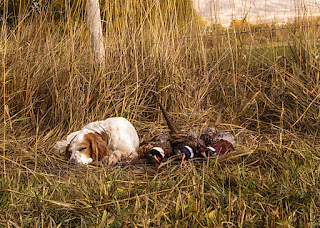 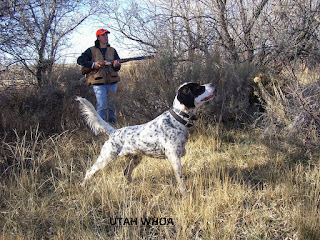 Posted by bquackn@gmail.com at 4:29 PM No comments: