Pa'tridge... well I've heard that some people call them that. To me they are Ruffed Grouse. I chose to pursue them today. They are a somewhat overlooked resource here in Utah, especially after about the end of September. Many people hunt them early ,but a lot of folks forget the season runs through dec. these days. They are way more fun to hunt in November when the weather permits than in September. It is winter in the high country, but the birds are just beautiful right now.  I ran Tic today with the thought of steadying him up a little on them. Pheasants really loosen him up every year. It is a consequence I am willing to deal with because I love hunting them. It worked, but I had to let the first two birds go because he crowded them. He and I came to an understanding, and it didn't take long for him to remember the way I like him to do things. We had 5 really nice points before all was said and done. I would have posted more pictures of points, but with the snow in the high country, and Tic being white they looked bad so I only posted this one. I think you will see what I mean. Find Tic.lol It was nice to connect on four of the five birds he pointed. One of them is a brown phase, that is always cool to see. They do get up and get out this time of year. Shooting is still difficult on these forest dwelling buggers, but it is so much easier with the leaves off of the trees. Hunting forest grouse has been a nice break up from the prairie birds. Sunie on Blues then Tic on Ruffs.
Some say the Ruffed grouse is the king of upland game birds, while others say the pheasant is. Im not sure if either crowd is right because I cant live without either. Thank goodness for the terrific variety of game birds in the west.
It is the most wonderful time of the year. 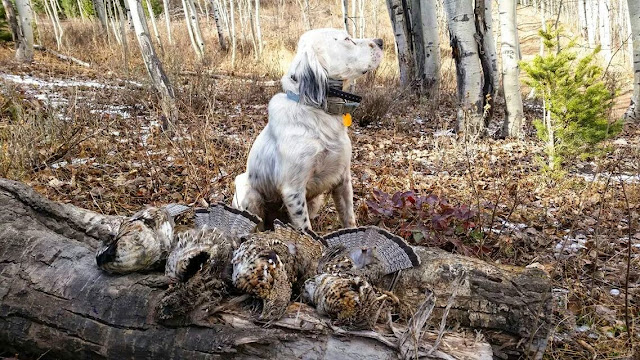 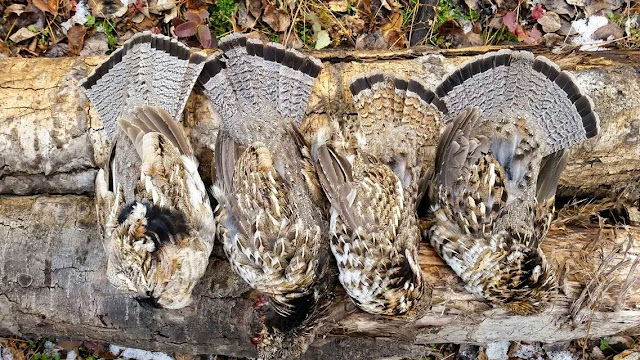 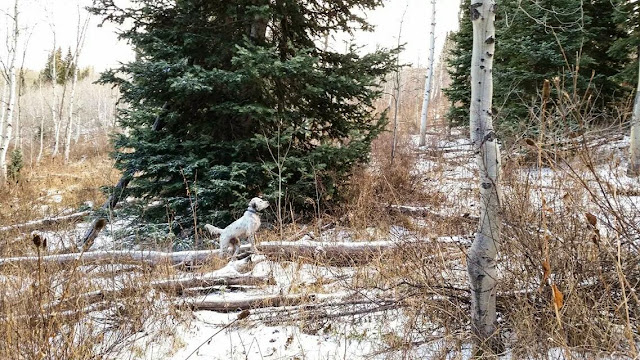 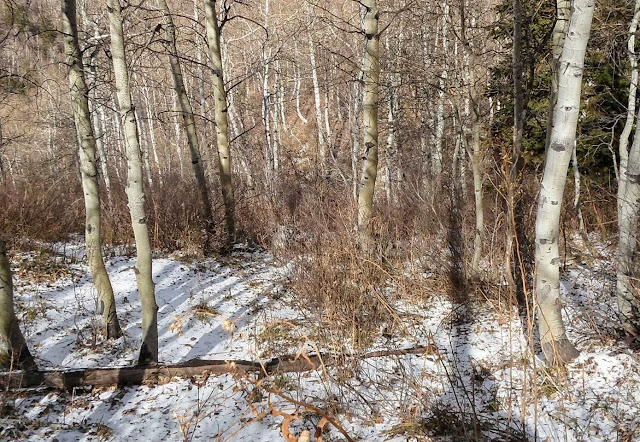 Posted by bquackn@gmail.com at 5:28 AM