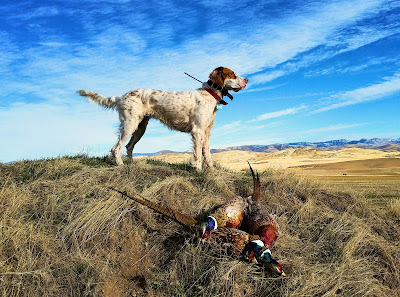 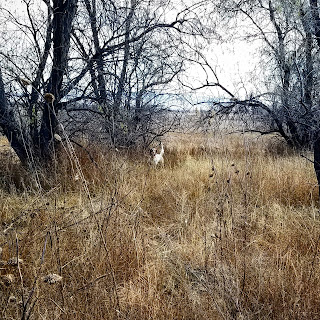 trees. This is another trick I have seen before, but more times than not I am able t get the rooster flying through the trees. As I got close the bird flushed. It was a nice rooster. He put a tree trunk between he and I and never gave me a shot. FRUSTRATED! At this point only one thing could save the day. I went back to the truck and drove straight to the closest Ice cream vendor. I got a thick Caramel Cashew Malt on my way home. It is a well known fact that you cant eat a Caramel Cashew malt and be sad. It helped some, but I was already thinking about tomorrow.

Day 3, Tic on the ground. My knee was a little stiff but with the help of Ibuprofen I was able to walk. I had gotten with a friend to hunt some public land close to home. Yes, it had come to this. Pen raised roosters. Certainly I could get an easy two over Tic and stop this streak of bad luck. I had some adulting to take care of in the afternoon but certainly we could get our birds by noon and be on our way. I will keep this part short. My friend, Maureen saw one rooster that caught her sleeping and she didn’t get a shot off. I saw one rooster at about 100 yards flying. That's it. I was a responsible adult and went home to take care of business.

Day 4! Sunnie on the ground. Again! I was really frustrated now. Anybody that knows me well will tell you the harder it gets the more determined I get, and it was only this determination that pushed me forward to hunt again on day 4. I went to my favorite spot in Idaho, and vowed not to return to the truck until we had a bird down. Sunnie was fresh, sharp and looked like a million bucks. She hit point after point, again and again only to see a hen or two flush away to safety. She seemed as determined as I and her search was fast, thorough, and relentless. She had covered 21.4 miles and I had 8.2 miles according to the SportDOG Tek 2.0 GPS before our luck would change. She was working the scent of a running bird in medium grass when by chance the bird took a wrong turn and nearly ran into me. Both he and I were shocked and surprised. He had no choice but to flush at my feet. Somehow I managed to get my feet set, the safety off, gun to my shoulder, get down on the gun and track the bird all on autopilot. The bird crashed to the ground a victim of my bottom barrel and Sunnie dove on it within seconds. I think she knew how desperate this situation had become. She brought the bird to hand and we rolled around in the grass together while I said good girl over and over. As hunting is we would go on to get two more roosters in the next 45 minutes both pointed and both flushing behind me. I was singing all the way home, and the world seemed normal again. Maybe I’m not old just yet.

If there were no curbs put on hunting, most of the species would have disappeared from this earth, especially migratory birds. Permission to hunt is given only if you have the Migratory Bird Hunting Stamp with you mailhunting